If you’ve had one of those days that starts with friends calling you with bad news, and the news just gets worse and worse as the day goes on – then that describes my day perfectly.

On Friday of last week, Sen. Chuck Grassley of Iowa, and Sen. Dianne Feinstein of California, dropped a bill in the U.S. Senate that our lobbyists believe will give the FDA and DEA a backdoor way of banning kratom completely in the United States.

S. 1327 is euphemistically called the SITSA Act.  And a companion bill in the US House of Representatives has already been filed, H.R. 2851, by Representative John Katco of New York.

The SITSA Act stands for the “Stop Importation and Trafficking of Synthetic Analogues Act of 2017.”
SITSA creates a new “Schedule A” that gives the Attorney General of the United States the power to ban any “analogue” of an opioid that controls pain or provides an increase of energy.

That is kratom. Because kratom’s 2 primary alkaloids, mitragynine and 7-hydroxymitragynine, though not opioids, act similarly in some ways.
They could of just called this bill the “Schedule Kratom” Act.

This legislation will allow the Attorney General, and his supporters at the DEA, to add kratom to Schedule A on a “temporary basis” that will last for 5 years.
And once added to Schedule A, the Attorney General can convert it to a permanent schedule.
After everything that we’ve fought successfully against and endured together as a movement, our lobbyists are concerned that this is now the perfect storm for banning kratom.

Under the current Controlled Substances Act, the FDA and DEA have to prove conclusively that kratom is dangerously addictive and unsafe for consumer use. That’s why we were able to stop them in their tracks when they tried to ram through an “emergency scheduling” ban on kratom.

And it is why the FDA is having such a tough time in finding some justification to schedule kratom under regular rulemaking.

So now the anti-kratom bureaucrats in Washington want to ban kratom simply by claiming it has the same effects as an opioid – calling it an “analogue” of the opioid.

And the SITSA Act can enforce a ban on kratom by criminalizing any manufacturer or distributor of kratom. Ten years imprisonment just for manufacturing or selling a kratom product, and a fine of $500,000 if you are an individual, $2,500,000 if the defendant is a company.

If you import or export kratom, it is a 20-year sentence.

And then there are harsh penalties for what they call “false labeling” of a Schedule A substance.
That’s why am writing – because I need your help again.

We have to convince Sen. Grassley, Sen. Feinstein, and Representative Katko that they have to exempt natural botanical plants from the SITSA Act.
We have to act quickly, because I learned today that the House Judiciary Committee is looking to schedule a Hearing before they leave for recess next month.

So I hope you will help by doing three specific things:

1.    Click on the link below and sign our petition that the AKA will have delivered to every member of the Senate and House Judiciary Committees.

PLEASE SIGN THIS PETITION URGING LAWMAKERS TO REMOVE KRATOM FROM THE SITSA ACT.

2.    I need you to pick up the phone and call Sen. Grassley’s office, Sen. Feinstein’s office, and Representative Katco’s office. When the staff member answers the phone, tell them that their boss should exclude natural botanicals like kratom products from the SITSA Act.

Here are the phone numbers you should call:

When you call, be polite, but firm.  Kratom should be exempted from SITSA.

3.    Please click on the donation link below and help us once again to take on this fight with a team of lawyers, lobbyists, and public relations professionals.  Please consider making a monthly contribution to the AKA.

DONATION LINK TO HELP THE AKA FIGHT THIS LEGISLATION.

I know I am asking a lot.

But we need to fight back hard, or they will steal our freedoms from us to make our own decisions about our health and well-being.

So please, sign the petition, call the the sponsors of SITSA, and please, please, give as generous a contribution as you can to help us put our team on the ground in Washington, D.C.

With your help, we have established ourselves as a real force in Washington.

With your continued help – help that I am so grateful for – we can win this battle against the enemies of kratom.

Your contribution will help us hire the lawyers we need for a brief on why this legislation violates due process and current law; our lobbyists to knock on doors on Capitol Hill; and our public relations team to rally the press to tell our story.

We will stand up for freedom.

Thank you for your continued support.

THREE RIVERS, MI — Police arrested a 22-year-old Elkhart man after a traffic stop for defective equipment and a K9 search that revealed about nine ounces of marijuana, police say.

On Saturday evening, June 10, a police officer pulled over a maroon SUV for a defective equipment violation and determined the driver had a suspended license, a Three Rivers Police Department news release states.

Police arrested the driver and found a small amount of marijuana in his pocket. He refused consenting to a search of the vehicle.

Police called in K9 Django and proceeded with a search after the investigation showed reasonable suspicion that more drugs could be in the car, police said.

Django conducted an exterior search for the odor of drugs and gave a positive alert.

Officers entered the SUV and found about nine ounces of marijuana packaged for sale.

The man was lodged at the St. Joseph County Jail on felony drug charges. The vehicle and currency were seized under civil drug forfeiture laws, police said. 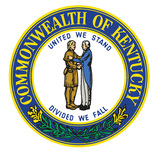 McCracken County is home to the Paducah Gaseous Diffusion Plant, which produced enriched uranium from 1954 until 2013 and employed more than 1,000 local residents at its peak.

Looks like I am not the only one who knows… Like I have been saying… “Sometimes you have to Stalk your Stalker” ROLMAFO!!!

So she agrees that it is Exactly like I have been saying!!! That “Sometimes you have to stalk your stalker” = Get back up in  their face, invade their space,… As it is all about their narcissistic a$$ being in control… When they are not in control… You take your power back!!! lmao!!! ♥

Funny how I figured this all out? Years ago… If your really smart, it doesn’t have to get violent; which can also be countered when necessary!

Funny! As in How Odd? Isn’t this how most government psych-ops works also?!!!

Psyops 101: An introduction to psychological operations

If you are paying attention…
http://www.yourtango.com/experts/nancy-nichols/10-subtle-signs-youre-emotionally-abusive-relationship

They screw you and everyone else they can… While they…